Sara “Sally” Stiefel was a force to be reckoned with, whose fierce love of her family and friends could only be topped by their love of Sally.

“My mom was the strongest woman I knew,” shared Sally’s daughter Julie Rodheim. “Mom was the quintessential caregiver, an active member of the community, always wanting to help in anyone in any way she could.”

Julie and Sally were two peas in a pod, a relationship that grew stronger when Julie’s brother David unexpectedly passed away from a heart attack ten years ago at age 48. Julie spoke about how this forever changed her parents, and how they made a choice to not only live, but to live a meaningful and good life. A value passed down within the family.

In July 2018, Sally had a successful hip replacement, but by August started complaining that she was tired all of the time. When she started to lose weight, and then her appetite, it was a telltale sign to Julie that something was wrong because “Mom loved her food.”

Thankfully, Sally, who was known for advocating for her own health and seeking out medical attention when in need, made an appointment to go to her general practitioner. The initial blood work came back relatively normal, and she was told to give it a week and see. When she didn’t feel better, her doctor ordered more blood work, including a liver panel. They soon found that her liver enzymes were “off the chart.” An ultrasound followed showing a large mass on her pancreas, and a CAT scan confirmed their worst fears.

“Mom wouldn’t even call to tell me. She didn’t want to put that kind of burden onto me,” Julie remembered. Soon the tables turned, and Julie—once the cared for—became the caretaker. She and the entire family were shocked, as there was no prior cancer in their family. “Cancer wasn’t ever on our grid.”

“As I supported mom who was declined emotionally, I found that I needed the support to help me with my emotional needs, as well as what I should do next,” said Julie. “Thank goodness I found Rolfe.”

She came across Rolfe Pancreatic Cancer Foundation via social media, seeing a Facebook post about Rolfe from a high school acquaintance, Kevin Braude. Kevin who happened to be on Rolfe’s Board of Directors, made the introduction. Once she contacted Rolfe Foundation, the executive director, Stacia Hart, called back within hours.

“From the start, Stacia provided me with a sympathetic ear while also reassuring me that Rolfe has the resources and connections to help my mom quickly. Rolfe made me feel like I wasn’t alone.”

Sally followed what the doctors at their local hospital in the northeast suburbs of Chicago, but it soon became clear that wasn’t enough. Through Rolfe’s connections, Sally quickly got into John’s Hopkins Hospital, and later the University of Chicago. Sadly, she was too sick, too quickly. After that, the Rolfe team took charge; sending Julie dates for appointments they had set.

Right after Sally’s diagnosis, the family decided they wanted a second opinion, Rolfe immediately secured them appointments at John Hopkins. “We were so thankful because we had no idea where the most established doctors in pancreatic cancer were located.”  In addition within a week of her diagnosis, because of a family connection, we were able to secure an appointment on our own at the University of Chicago. At that appointment, we were told her cancer was too far progressed and there was nothing they could do differently than her local oncologist.  She started Chemotherapy and declined so quickly that she was never well enough to go to John Hopkins. WE called Rolfe took care of canceling all the appointments set up at John Hopkins, allowing the family to focus on one another. Once again, The Rolfe foundation was there when we needed them!

“I didn’t have to make the calls. It was incredible, especially at a time where I was in the throes of the emotional and ‘practical’ sides of dealing with this disease. I was in ‘the cancer overwhelm’,” Julie recalled. “Rolfe urged us not to wait in getting started, and gave us all of the right questions to ask to determine the best course of treatment.”

Julie recalls how much she needed the constant communication she received from Rolfe Foundation, and the consistent warmth and reassurances she received along the way that she was doing the right thing. She calls Rolfe her guiding light when she didn’t know what to do, or where to look. These connections reassured her that her mom got the best care. Unfortunately, Sally lost her battle with pancreatic cancer in October 2018.

It’s a painful memory for Julie, and something she continues to work through every day. Julie appreciated that the Rolfe team stayed connected during that devastating time, and is still in contact with her to this day. In fact, it was because one of those follow-up communications from Rolfe that she found out she and her sister needed genetic testing. Rolfe also helped Julie get an appointment at the University of Chicago. “It is rare that an organization stays in touch with you after they ‘need’ to because they truly care.”

Turns out Sally not only knew of Rolfe Foundation, but she also knew its namesake, Michael Rolfe. She told Julie, “I’m so glad you found Rolfe.” Julie shared fond memories of her mom, how Sally touched so many lives, and how it is only fitting that she found an organization whose mission is to help families in need.

Julie and her family continue to honor Sally’s life and legacy with their “Sally Smiles” team for Rolfe’s annual DASH for Detection. They’re also passionate about spreading the message of the importance of pancreatic cancer early detection.

“There was nothing peaceful about our family’s journey with pancreatic cancer,” Julie confided. “That said, because of the Rolfe Foundation and its community we know we did everything we could, with the leading resources available to help Mom. And now, Mom would be proud knowing that we’re helping others.” 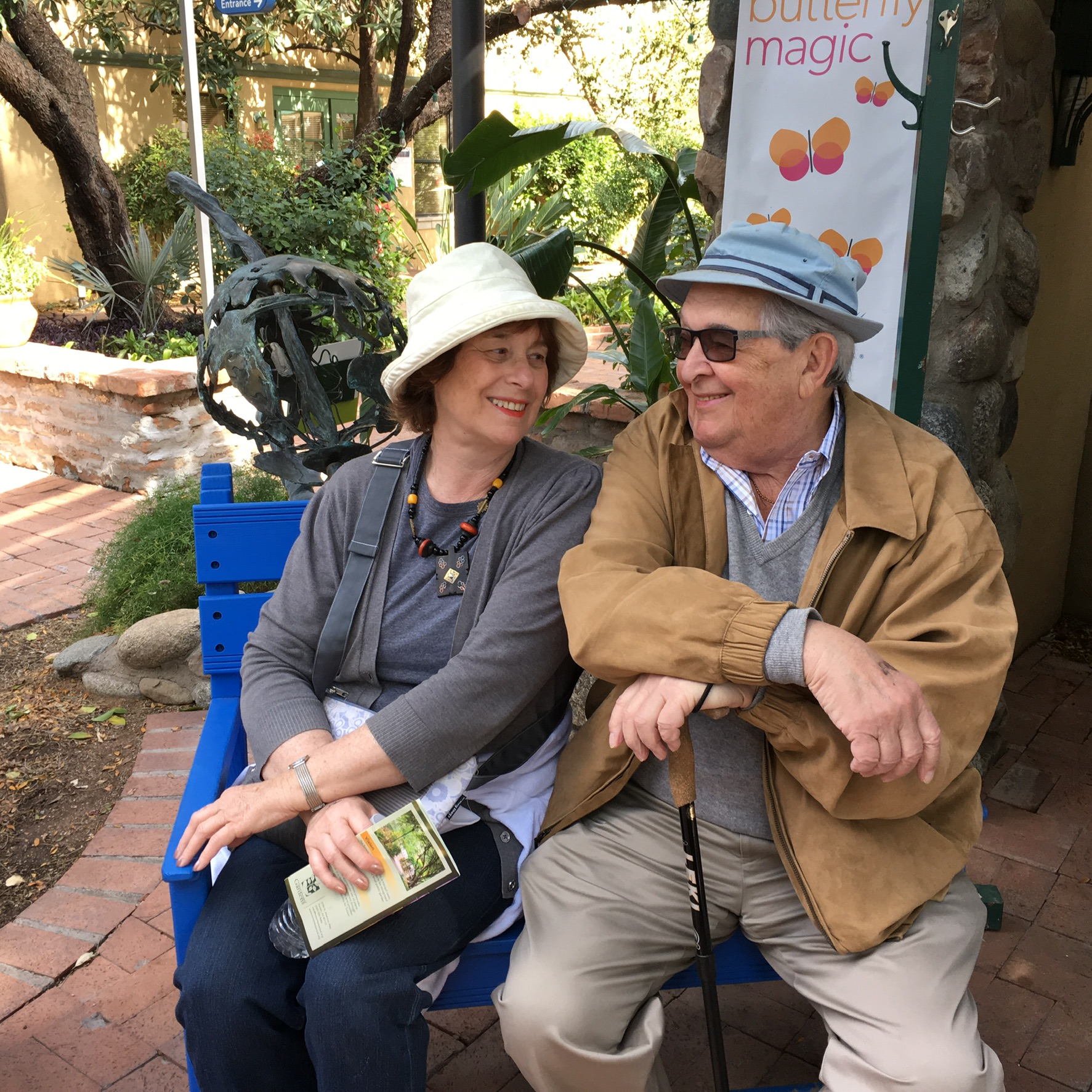